For some time, the members of the CVFD have been working hard to replace an aging fire engine that was the first custom fire truck purchased by the department. The 1994 HME / 4 Guys pumper served the community well and was the main workhorse of the department’s fleet for many years.

Age and more frequent runs began to take its toll on the pumper and maintenance issues became a recurring issue for the department. That, coupled with older technology and safety essentials, led to the planning of replacing it with a modern pumper.

Having purchased a new Quint style truck in 2016, funds were very limited. A search began for a reliable used pumper as an alternative. Quality used fire apparatus are extremely hard to find and do not always satisfy the needs of a department. Fortunately, one was in Alabama that seemed to fit the department’s needs of safety, reliability and modern features. After inspecting the truck, an offer was made, and the truck headed to the Outer Banks.

The 2010 Sutphen pumper offers greater safety to the firefighters, has much more compartment space and is almost a twin to the 2016 apparatus. That provides greater efficiency for driver / operators as well as crews.  New Engine 15 was placed in service in late 2019.

A huge benefit was the reduced cost of the apparatus. After correcting a few issues mechanically and bringing the truck into compliance with modern pumper standards, the department saved well over 50 percent of the cost of a new pumper.

The department is proud to have this addition to our fleet, and happy that we were able to save a lot of money for the community as well. 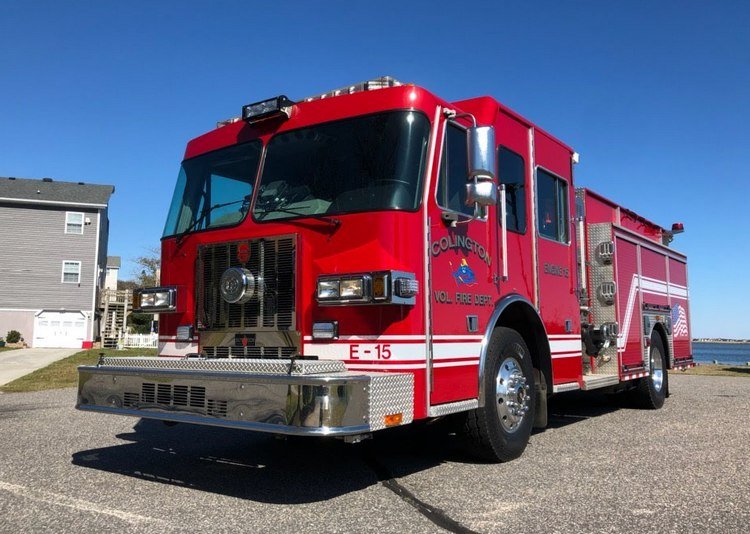